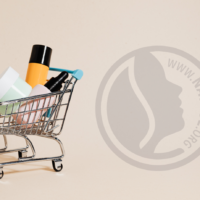 Background information
Consumers are looking to make more sustainable choices, as well as gaining greater transparency about the substances used in products, their origin, sourcing, manufacturer, and social and environment impact. Current regulatory requirements mean that on-pack information is mandatory for elements such as ingredients labelling and aspects to help orientate and protect consumers. Nevertheless, e-labelling can help to expand a consumer’s awareness and further promote transparency about the product, its ingredients and its packaging; hence, e-Labelling can be a vital complimentary addition to support on-pack information but equally could be a viable alternative for labelling in the future. Indeed, the pandemic accelerated consumer interest, familiarity and use of digital means to purchase many FMCGs including cosmetics and in 2021 the EU Commission’s Eurobarometer indicated that nearly all Europeans (96%) have access to a mobile telephone and 82% of households have internet access. On the flip side with an increase in digital traffic there is also the risk of spreading misinformation that risk consumers’ misunderstanding and the possibility to mislead.

Taking these considerations into account, NATRUE commissioned a consumer-centric study that compiles the results of a quantitative online survey using access panels carried out in Germany and France between January and February 2022. The objective of the study was to understand consumers’ perception, expectations, fulfilment and trust regarding digital tools when it comes to product information, claims and labelling. A representative mix (75% female, 25% male; aged between 18 and 59 years old) of over 1000 consumers from Germany and France, respectively, took part. Within this target group, consumers were those who were buyers of personal care products in mass market channels. Around 90% of those surveyed would either consider to use or were already using natural and organic cosmetics, and at least 15% of users already looked for off-pack info. 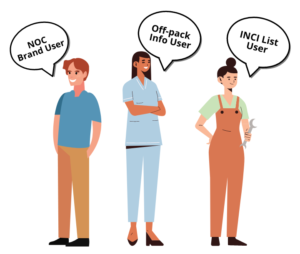 The target groups show a strong overlap both in Germany and France, indicating that the topics ‘NOC Brand Usage’, ‘looking for Off-Pack information’ and ‘considering the INCI list’ before purchase are linked to each other.

Consumer attitudes: Type of product information used before purchase
When asked what product information do consumers use and need before purchase (and at which place), both German and French consumers agreed the most important point is the price followed by the skin type suitability. When buying beauty cosmetic products, the ingredients list is the third and fourth most important aspect considered by German and French shoppers respectively. Certification labels occupy the sixth and seventh place between French and German consumers, whilst the origin of ingredients is of higher interest in France (fifth place) compared with Germany (eight place), and the material of the pack and the format of the pack are of the lowest importance.

When asked further about the various off-pack tools that could be used for such information shoppers primarily looked for a QR code on-pack that could be scanned followed by a seeking out information at the shelf. 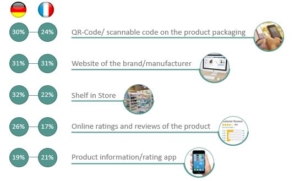 In both Germany and France, it appears that there is good ground for the digital labelling since the most frequented sources to look for off-pack info were at the shelf in-store, through website of the brand/manufacturer or the QR code on the pack. Specifically in relation to QR-codes, around one-third of German respondents would use the QR-code to search for more off-pack info, and furthermore once familiar with the scannable info on-pack most shoppers indicated that they have already used such methods; indicating that the potential for transitioning towards digital is there although the main issue is recognition and familiarity. This trend is echoed in France where the QR-code is a valuable and valid source to access off-pack info, and especially for French NOC Brand Users.  QR-codes are especially interesting for German Off-Pack Info and INCI List User while the latter also stronger searches at the brand website. Consumers were also asked their reasons for more off-pack information, and several points were identified. In terms of considering aspect to provide off-pack, aspects such as greater detail on the environmental impact of a product remained especially important for the NOC brand user. 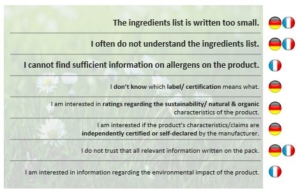 What about INCI Lists?
With consumer sensitive to substances in cosmetics known to be a driver for selection of certain products over others. Based upon a stimuli test to identify products with longer INCI lists, particularly in reference to fragrance allergens, respondents identified that long ingredients lists could lead to more uncertainty, possibly attributable to the perception of the introduction of harmful substances.

Study conclusions
It appears that whilst there is no direct pressure to act regarding the on-pack information there is potential for off-pack information for consumers. Indeed, there is a preference from the majority of German and French shoppers to have the relevant information on-pack, but with an additional information available online or in an app.  Specifically, for the German shopper the appetite to use a digital labelling platform and app are very likely for those already using off-pack methods and INCI users but overall, there is also a high potential for users to convert to digital means. All French target groups showed a high intention to use digital means and good potential to convert users towards an offline platform and/or app; particularly notice was given for QR-codes leading directly to a platform or app.

In terms of deliverables, it was clear that a major flag from consumers was their wish for less crowded products. Indeed, with less text on the pack, there is potential to use bigger font size to make elements more readable. This element was particularly highlighted by the fact that respondents commented that the INCI lists are often too small and hard to understand, therefore longer ingredient lists (e.g., with more fragrance allergens) may make comprehension harder, and risk a negative perception of harmful substances in a product. Consequently, if additional info is to be provided consideration should be made for off-pack information. To this end, most German and French shoppers indicated that a must-have would be the QR Scanner and a reference book of ingredients.

Even if further info on most interesting product aspects like packaging & waste, sourcing, origin and environmental impact of ingredients could be provided on-pack in reduced form, given the potential risk to overcrowd the information on-pack providing additional information on all these aspects via QR-code/ scannable information or at the shelf is highly recommended to get greater clarity and transparency to increase trust. The notion of greater clarity can be associated with various factors ranging from certification seals to ingredients (their origin, sourcing, function) through to why they are listed (e.g., for allergens); all of which could be potentially linked to the manufacturer or a third-party for further details.

This website uses cookies to improve your experience while you navigate it. Among these cookies, the cookies that are categorized as necessary are stored in your browser as they are essential for the functioning of basic functionalities of the website. We also use third-party cookies that help us analyze and understand how you use this website. These cookies will be stored in your browser only with your consent. You also have the option to opt out of these cookies, but that may have an effect on your browsing experience.
Necessary Always Enabled
Necessary cookies are absolutely essential for the website to function properly. This category only includes cookies that ensure basic functionalities and security features of the website. These cookies do not store any personal information.
Non-necessary
Any cookie that may not be particularly necessary for the website to function and that is specifically used to collect user personal data via analytics, ads and other embedded content are classified as non-necessary cookies.
SAVE & ACCEPT