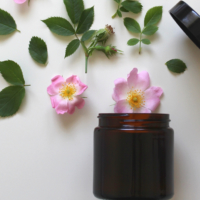 The creation of NATRUE
In a context where cosmetics regulations were becoming ever more complex, authentic natural and organic cosmetic SMEs needed guidance and a harmonised advocacy voice that could raise their concerns at international regulatory decision-making level. The need for better regulation for natural and organic cosmetic products, particularly linked to the lack of an international definition of Natural and Organic Cosmetics (NOC), and the raise of greenwashing in the NOC sector brought NATRUE’s founding members (WALA, Weleda, Laverana, PRIMAVERA, LOGOCOS and CEP) together and led to the creation of NATRUE in 2007. Over 10 years later, NATRUE has consolidated its position as an international representative body which advocates for the protection and promotion of true natural and organic cosmetics worldwide.

Pending a strict regulatory definition for natural and organic cosmetic products, NATRUE’s founding members, the pioneers and largest producers of authentic natural and organic cosmetic products in Europe, acknowledged the need for an international and independently certified standard setting rigorous and transparent label criteria to reassure consumers and assist producers. This initiative resulted in the launch of the NATRUE Label in 2008 and the creation of NATRUE’s Secretariat that same year.

The NATRUE Label: our guarantee
Upon its creation, the main objective of NATRUE’s label criteria was to set and build strict requirements for natural and organic cosmetic products, particularly for organic cosmetics, packaging and products’ formulations which could not be found in other labels. The NATRUE Label goes hence further than other definitions of “natural cosmetics” established in Europe in terms of consistency and transparency. Since 2008, the NATRUE Label has developed, grown and expanded across Europe and worldwide, and has consolidated its position in the NOC sector as an international benchmark for authentic natural and organic cosmetic products.

On top of being a high-quality benchmark for producers, NATRUE’s label is also a guarantee of transparency and reliability for consumers as it helps them to easily identify true natural and organic cosmetic products, contributing to keeping greenwashing off the shelves.

You can check all NATRUE’s certified products in NATRUE’s database.