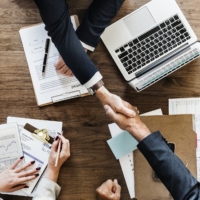 NATRUE’s mission is to represent, protect and promote the Natural and Organic Cosmetic’s sector worldwide. To fulfil its objectives, NATRUE closely works in its role of member, sponsor or partner with organisations that share its fundamental belief in protecting nature, our planet’s resources and biodiversity, joining forces on issues of common concern and identifying objectives and core messages.

IBD is a Brazilian certification body and the largest certifier in Latin America (IBD website). In April 2014, IBD joined forces with NATRUE to protect and promote authentic natural and organic cosmetic products via an Agreement on the alignment and mutual recognition of their respective standards. The Agreement brings unparalleled benefits to the sector, strengthening both organisations, which are driven by the same passion, values and ethics.

NATRUE is a member of IFOAM International and IFOAM-EU, the European umbrella organisation for organic food and farming. NATRUE supports and contributes to IFOAM-EU initiatives, with particular emphasis on organic agricultural ingredients, as many agricultural raw materials form the basis for NATRUE compliant cosmetic ingredients.

In June 2014, NATRUE adopted the IFOAM Family of Standards into the NATRUE Label Criteria. The advantages, IFOAM and NATRUE believe, are that the IFOAM Family of Standards represents both the diversity and the unity of what is considered organic worldwide, and this step benefits producers, traders and consumers equally since it is an approach that combines inclusiveness and integrity.

Further information on NATRUE requirements and the IFOAM Family of Standards can be found at FAMILY OF STANDARDS and NATRUE CRITERIA.

In 2016, NATRUE became a new honorary sponsor of VIVANESS, the international trade fair for natural cosmetics in Nuremberg. This cooperation includes mutual consultation on strategic and organizational issues, as well as interactions regarding marketing, communication and professional events.

NATRUE and NürnbergMesse look forward to working together to actively shape the future of the fair and the market. You can find more information about VIVANESS here.

THE CI-SCP OF THE ONE PLANET NETWORK

In November 2019, NATRUE became Partner of Consumer Information for SCP of the One Planet Network. The Consumer Information Programme (CI-SCP) implements and supports projects, undertakes research and identifies and encourages policies and collaboration opportunities for stakeholders looking to engage and assist consumers in sustainable consumption. The CI-SCP is led by the Environment Ministries of Germany and Indonesia, and the NGO Consumers International. You can find more information about One Planet Network here.

NATRUE became a member of RSPO in February 2020 (License number: 8-0239-20-100-00). As part of our commitment to more sustainable cosmetics, NATRUE supports approaches for the sustainable cultivation and production of natural raw materials for cosmetic products. As a member of RSPO, whose environmental and social criteria help to minimise the negative impact of palm oil cultivation, NATRUE is updated on the progress made to preserve palm oil resources, hence contributing to raising awareness of the importance of looking into more sustainable alternatives for ingredients widely used not only in the cosmetic industry, but also in the food industry. You can find more information about RSPO here.

NATRUE became a sponsor of the Information Network of Departments of Dermatology (IVDK) in May 2020. Working jointly with 56 skin clinics in Germany, Switzerland and Austria, the IVDK records, analyses and generates data and information necessary for the prevention of contact allergies. In their role of sponsor, NATRUE works with IVDK to promote ingredient protection based on clinical data, specifically of natural fragrances compounds such as essential oils.