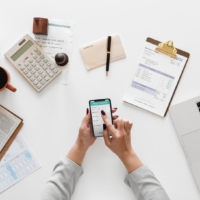 In an officially undefined sector within a tightly-regulated industry, greenwashing and issues linked to the availability of premium raw materials have become a major concern for consumers and manufacturers alike. A strict definition of Natural and Organic Cosmetics and ingredient regulation go hand in hand in order to ensure consumers the quality finished products they expect. For these reasons, it was essential to create an international non-profit association supported by the expertise of professionals in the industry to speak up on behalf of the sector at international level.

Natural and organic ingredients, unlike artificial ingredients, cannot be replaced through research and development. Nature cannot be re-invented. Inappropriate regulation or lack of respect for sustainable biodiversity are examples of crucial issues that must be addressed in order to guarantee the continuity of premium, irreplaceable raw materials without which it would be impossible to formulate quality beauty products. 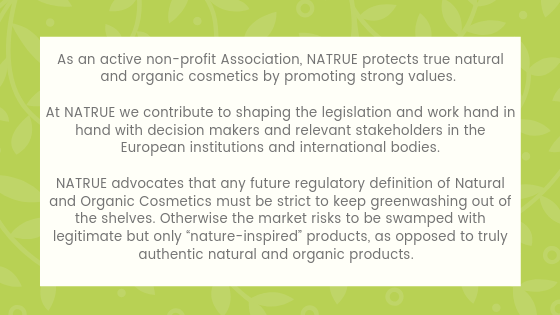 HOW DOES NATRUE WORK?
NATRUE participates in and contributes to all relevant regulatory decision-making bodies at international level:

NATRUE is a member of the European Commission’s Cosmetics Working Group, where all emerging and evolving regulations affecting cosmetics are addressed (including cosmetic claims and ingredients regulation). The provisions of Article 20 of the EU Cosmetics Regulation 1223/2009 require that the Commission establish common criteria for claims. For this reason, since “natural and organic” is a claim, it is thoroughly discussed in this Working Group. The Cosmetics Working Group is formed by government representatives from Member States and relevant industry experts.

NATRUE is also regularly invited by the European institutions to participate in and contribute to various Institutional Working Groups and Public Consultations on a number of issues such as fragrance allergens, endocrine disruptors, CoP discussions (Community of Practice for better self and co-regulations), sustainability and more.

NATRUE is a member of The European Standardization Organization (CEN), where all emerging and evolving European standards are discussed and agreed or rejected. If the European Commission mandates CEN to develop a standard, upon its adoption, the standard becomes a European harmonized standard and is referenced as such in the relevant EU Regulations. If a CEN Member tables a standard which is subsequently agreed and adopted, it is not a European harmonized standard, but each Member State can sign up to it and it is then integrated into national law.

NATRUE is a member of and contributes to ISO TC 217/WG 4, a multi-stakeholder Cosmetics Group at the International Standardization Organization (ISO). Working Group 4 (WG4) is currently developing Guidelines for technical definitions and criteria for Natural and Organic Cosmetics. The Guidelines are divided into two separate documents.

NATRUE AND THE EUROPEAN PARLIAMENT
In November 2014, NATRUE held a two-day event, presenting its vision, mission and goals, achievements and challenges in the European Parliament. The focus was on the need for a strict regulatory definition of Natural and Organic Cosmetics. During this event, NATRUE presented the results of an independent consumer inquiry carried out by GfK concerning consumer expectations with regard to Natural and Organic Cosmetics. 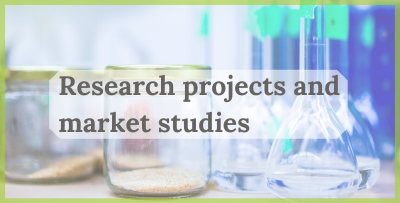 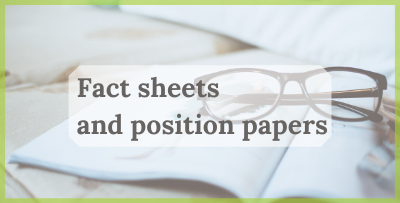